THE first step in converting a problem into opportunity is to recognise you have one. Recently, strategy consultant Tony Manning did that on these pages by asking: “What if jobs can’t be found?” He implied correctly that if we don’t find them there will be trouble, and we had better be ready for it. 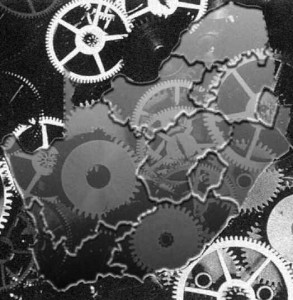 The best hope for SA would be a privileged, multiracial elite perched atop a simmering cauldron of repressed expectations never to be met. That’s a message of fear. Instead, take the next steps and go for the message of hope: reframe the problem into an opportunity and convert it into a simple, measurable goal.

If SA were a business, what is the single most important characteristic that it shares with all organisations?

Without exception, huge, untapped potential lies dormant and unused. For proof of that, why do people achieve the “impossible” during a crisis, then sink back to normal? The amazing results they achieve are always done with what they have — nothing more.

It means organisations pay for resources that don’t deliver value. A crisis uncovers that hidden potential. It’s why good leaders and effective managers make “impossible” demands from time to time. Until they do, they know that people will merely beaver away at the old ways of doing things. The brains won’t get out of bed in the morning to redesign the system or find new and better ways of working together.

In the private sector productivity is quite high because of competition, but there is still massive opportunity to improve. The power of corporations to set prices allows huge levels of costly incompetence to exist and top management teams to be paid obscene amounts of money for little accomplishment. Proof of that emerges during tough times.

As to governments everywhere, with police, housing, education, health care and defence, the potential is staggering. SA is no different, so let’s tap into it.

In this beautiful country we have three things in abundance — minerals, people and poverty. Our population growth is one of the highest in the world though disease will temper it. Moreover, because we are near the bottom of the productivity league, most South Africans are dirt poor.

However, the normal distribution curve applies — about 10% of our people have superior potential. That means there are more high-potential blacks and browns in the countryside and in the workplace than the entire white population. It will be the same within every business. This raises the question: how many firms have systematically set out to find out who they are and where they work, and have an accelerated development programme in place for them?

As to the productivity issue, there is a convincing socioeconomic supposition: prosperity short-circuits procreation and improves the key productivity measure — gross national product (GNP) per capita. It increases GNP and slows down population growth at the same time—a “double whammy”.

With any business, economic results are governed by the system — its design. Once the business design is outdated, the company declines. When that happens, most managers typically and myopically pursue excellence through such management fads as Six Sigma — a repackaged use of statistical process control tools — balanced scorecards or value-based management. They only get better and better at doing the same old things that no longer work.

It is time for breakthrough and to jump on to a new learning curve.

So what should that breakthrough be for SA? Two ideas come together at this point. One is general. The other is specific to SA. Both come frommanagement guru Peter Drucker:

Taking the second point first, the answer to the poverty problem lies within us—not lack of foreign investment as so many argue. The poor do not create poverty nor does unemployment sustain it. The system that surrounds them with its institutions and policies does.

“Economists for the Poor” like Hernando de Soto, Muhammad Yusuf, the founder of Grameen Bank, and our own Norman Reynolds, prove time after time that the poor have skills that remain unutilised, or underutilised.

We tested that last year with a pilot project sponsored by Sasol in Sasolburg’s Zamdela Township to help young people start their own businesses and improve the results of existing businesses.

The participants, 20 men and women, were chosen carefully. Eight started street trading and the rest pursued opportunities in the community at large. Six businesses already existed but the rest were start-ups. They included selling cellphone airtime, cabinet-making, dressmaking, catering, sign writing and photographic and electrical services.

Ignoring the usual training brief, we designed the programme for on-the-job practice and coaching, not theory. A four-day classroom session — the only training in a nine-month programme — ended with a 10-day “breakthrough” project. Then came two 100-day projects.

Numbers tell the story. Over nine months this courageous little group generated R5 in sales for every R1 Sasol put in. Almost all of them are still going and even expanding to employ more people.

The greatest lesson of all, as Yusuf found in Bangladesh and elsewhere, is that people, however poor, can lift themselves out of the quagmire of poverty with very little. They need the ability to borrow small amounts of money and, as De Soto advocates, own their homes.

The truth is that SA, like any business, doesn’t have to look outside for more resources. We have them.We pay for them. We don’t use them. Do we really need foreign investment to kick-start a “breakthrough”? No, there is plenty enough money here, but it sits in Johannesburg in the first-world economy.

So what is the first breakthrough goal to be achieved? Our CEO, President Thabo Mbeki, has demanded his cabinet stand and deliver, and there are some good signs as a result. Now we need a demand to design banks for the poor, or similar mechanisms.

People will own homes, borrow, save and get money circulating in villages and townships (including Soweto — why must it remain a Jo’burg dormitory, which is what the planners wanted?), where it will create trade and build thriving local communities.

That way SA will build up performance power — the most important power of all. As any effective manager knows, productivity creates time and opportunity. What can we value more?

Build a new generation of managers

AS MANAGEMENT guru Peter Drucker points out, only managers make resources productive. In SA we have managers who are quite competent by world standards, but at top levels they still form, in the main, a rather arrogant, patronising, white-male old guard — one that has created and is passing on to a new generation of owners and management some very sophisticated and complex organisations.

However, productivity is a function of simplicity. It means we need to adopt strategies, structures and styles of management that are aligned to the realities that face us, realities like more and more inexperienced—and so marginally competent— managers as firms rush to meet affirmative action and empowerment quotas; more militant workers who have lower skills by world standards and are ever harder to dismiss.

In these conditions management succumbs to a siren call — it makes the poor redundant. It swaps labour for state-ofthe- art capital equipment. On the issue of productivity, you even have someone as influential as SA’s Johann Rupert quoting a deadbeat Republican senator who idiotically attributes America’s economic success to: “You’re fired!”

Automating people out of work is a big step backwards under any management slogan, including “world-class competitiveness”. The ultimate cost will be the loss of SA.

The need is to create simple, focused organisations that make and sell big volumes of standardised products and services out of dedicated, flexible plants and businesses with low capital and production costs of output.

Second, it is to develop a management class, not another bureaucratic one. The way to do it is threefold:

Task manager qualification is purely potential and aptitude. The normal distribution curve applies to any company. Ten percent of its people will show high aptitude and potential. If the average company reflects the population demographics of the nation, then there will be more blacks and browns with higher potential than whites in the firm.

Who are they? It behoves us to find them, however badly educated or illiterate they may be. Next, to develop them. We have the tools to provide accelerated learning. There is only one qualification for existing managers: who among them are ready to be mentors?

Finding them is not easy. There are lots of would-be mentors out there now that coaching and mentoring has become the in thing. You can be mentored inside out if you want to be.

The first mentor, conveniently named Mentor, was an old, valued adviser to Odysseus. When he went off to fight the Trojan War, Odysseus entrusted Mentor with his son, Telemachus. He didn’t want a baby-sitter. He wanted someone to impart enough useful knowledge — practical and theoretical — to enable his young boy to meet the future confidently.

Real mentors have certain characteristics — like “mentor” emblazoned across their chests and foreheads. In recent years how many of them have been lost to SA due to boneheaded retrenchment programmes designed to satisfy costcutting and affirmative action targets?

Good mentors have keen eyesight that cuts through confusion and clutter like a searchlight in the night sky. They can focus on what is important for any protégé’s job. That’s why the good ones are hardly ever “baby-sitting” psychological counsellors. They have been there in the heat of battle as line managers.

They can articulate a protégé’s concerns more clearly than he or she can. They don’t need to read personal CVs to figure out what a protégé knows.

Mentors focus on results and on people. They build on strengths and stimulate personal growth. They know what their protégés can do and challenge them to do it. They think it foolish to worry about weakness as they know they have to live with it if they want strengths. Every one of us has an Achilles heel.

Unlike parents, mentors don’t lecture. They know exactly when to shut up. Parents, especially fathers, don’t.

In the end, we choose our mentors. They can’t nominate themselves. Organisations know who they are. However, their contribution has to be 100% voluntary, 100% self-motivated and 100% self-serving: “It will be to my own personal advantage if these task managers are successful,” is the thinking required. “Do-gooding” or managing by the numbers is deadly for any enterprise.

Look for mentors who can offer focused practical advice within a useful ethical framework. Then let them develop managers who will make resources productive. They are worth more than all the minerals we have or a lot of the costly and wasteful “entertrainment” activities and programmes provided by business schools and corporate “universities”.

A well-designed and resourced mentorship programme that focuses on results will lever up productivity enormously in every company. It will also build a new generation of effective managers — not bureaucrats.

Ted Black and Van Hoek consult, coach and write. They have started Banesa Pula, an entrepreneurial development centre for the youth near Hammanskraal.

"Brains feed on expectations - they need a clear task to achieve"