The depreciation of community within our business organisations hurts them at every level, write Ted Black and Gerard van Hoek.

THE “Greed is Good!” doctrine that fuelled the 1980s boom, the dotcom bubble, and then the investment banksters’ subprime mortgage scam, has caused another crisis.

PEOPLE POWER: A targeted project such as ‘100-Day Rapid Results’ can jump start the process of building a sense of community in an organisation.

The late management expert Peter Drucker saw early signs of it in General Motors (GM) 60 years ago. Now, in this year’s July/ August Harvard Business Review, Henry Mintzberg takes up the issue. He calls it “the depreciation in companies of community — people’s sense of belonging to and caring for something larger than themselves”. He views it as an even greater crisis than the economic one. Tellingly, he says that of some companies that we do admire — Toyota, Semco (Brazil), Mondragon (a Basque federation of co-operatives), and Pixar — all have a strong sense of community.

When Drucker first studied GM in 1943, he discovered amazing team spirit in the workplace. Women, who weren’t there before or after the war, were making tanks and Jeeps for the war effort. The powerful sense of community he found led him to stress that managers should view workers as assets — not as costs and liabilities to be eliminated.

However, during the ’70s and ’80s he saw firms doing the very opposite as they abandoned concepts such as life-time employment. Barring a few special exceptions, he lost hope with American corporations. The extreme riches given to mediocre executives while they slashed workforces sickened him. To find community and human satisfaction in the workplace, he worked with nonprofit organisations instead.

Today, people are now what Mintzberg calls “fungible commodities … to be downsized at the drop of a share price…. The result is mindless, reckless behaviour that brought the world economy to its knees.”

He argues that the problem is rooted in the mistaken belief that leadership is somehow different from, and superior to, management. Too many leaders today are only interested in their own success. This leads to isolation at the top and destroys any sense of community.

It links to another fundamental problem — competition — the driving force behind capitalism and why we value sporting analogies for business.

However, there is a flip side. When it comes to honesty, fairness and responsibility, professional sportsmen are not good role models. Greed for fame and money makes them cheat.

As Nancy Kline puts it in her brilliant book, Time to Think, competition between people achieves only one thing: someone does a better job than the other person did. That doesn’t mean that it was the best that could be done or that it was even good for everyone concerned.

Kline observes that competition is a function of male conditioning. Male traits are to know everything, interrupt and do the talking. The aim is to assume superiority, criticise, control, toughen, conquer and deride differences — even lie if you have to get your way. This approach destroys community. People cannot think for themselves. They must fit in, or else … leave.

Quality work and high productivity is a function of collaboration — not competition. As Kline puts it, when people collaborate they ask questions and listen to each other. They establish equality in an atmosphere of ease and appreciation. People are encouraged to think for themselves, to tell the truth, and to try new ways of doing things.

“I am done with great things and big plans, great institutions, and big success; I am for those tiny, invisible, loving forces that work from individual to individual.”

Successful management is not about one’s own success, but about others’ success — it is to foster and encourage it. Those are female traits. That’s why women in the workplace must never emulate males. When they do, they often do it even better than men do — not a good thing.

All this means we need managers with human skills — not business school academic credentials. Success depends less on managers’ ability to analyse, decide and allocate resources, but more on what they help others do. You learn these skills on the job — not in a classroom.

Executive growth is evolutionary. It takes time and none of us reaches our full potential. You get only so far and stall. If you are very capable, and lucky, you’ll be above average. Left to find your own way, you level off way below what you could achieve. A lack of awareness, challenge, and testing, stunts growth. This is true without exception. However, you can accelerate it through a welldesigned situation. We call it “Building Community-for- Productivity”.

We have asked many managers what was the biggest contributor to their success. None ever attributes it to a course or qualification. It is always an experience they once had. If learning is a process of discovery and invention, then there are two golden rules for doing it. We learn best when we tackle an important “problem/opportunity” with other people and when we have fun doing it.

You build community most rapidly and sustainably when you “force” its members so to speak, to tackle a short-term, concrete, real-life challenge that is important to them. The best way to “jump start” the process is to tackle an issue for which the organisation seems to have no answer.

You do it by designing a 100- Day Rapid Results project. This temporary, concentrated focus of minds drags the problem out of the chaos of everyday life and transforms it into an opportunity you can manage. You are now in charge — not a victim.

You find the opportunities along the value stream of activities that flow from suppliers through to customers. The best ones, without exception, are upstream and they always lie at overlap points between functions and people. That’s where the slippage in performance happens and the place to focus the efforts.

The result you get is “the cart”, and personal growth of team members is “the horse”. Today, most managers “manage by the numbers” — they put the cart before the horse.

As to “community-for-productivity” this is how we describe it. It is a tight-knit group of people who commit themselves to gaining an economic result but with the higher aim of personal growth. They come together thoughtfully with respect for each other no matter how much they differ. They know the one thing they can never do is let each other down as they tackle the issue.

Personal growth of each team member is the only objective. We define it in five ways:

The objective is to promote growth in these five ways measurably and sustainably. The change in the number over time tells you how the team is doing. That’s why you have to have a number — it keeps everyone honest. Without one, projects are make-believe.

As they review and reflect on what they have done and learned, managers can genuinely feel pride of accomplishment and start to see how much they have grown during the experience. It gives them the confidence to try new things and expand the process. An organisation filled with growing people eventually reaches a critical mass. When it happens, like leaven in the bread, you get “liftoff”.

So where do you start? You start where people are ready to give it a go. As the American philosopher William James said, “I am done with great things and big plans, great institutions, and big success. I am for those tiny, invisible, loving forces that work from individual to individual, creeping through the crannies of the world like so many rootlets, or like the capillary oozing of water, which given time will rend the hardest monuments of pride.” 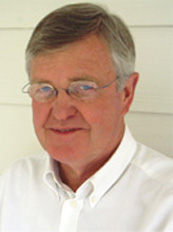 "Brains feed on expectations - they need a clear task to achieve"